When I had some grade 9 & 10  English classes and was looking for something a bit new to add to the mix, I came across the poetry form called the Fib. A Fib poem is based on the Fibonacci sequence, a natural occurring pattern found in nature. In nature it was discovered that  natural growth patterns followed a sequence of numbers.

In 2006, Gregory K. Pincus, a screenwriter and aspiring children’s book author in Los Angeles, came up with a poetic structure based on the Fibonacci sequence. He presented it on his blog, GottaBook,  and encouraged others to try composing a Fib. It rapidly gathered practitioners, see The Fib Review.

The allure of the form is that it is simple, yet restricted. The number of syllables in each line must equal the sum of the syllables in the two previous lines. So, start with 0 and 1, add them together to get your next number, which is also 1, 2 comes next, then add 2 and 1 to get 3, and so on. Mr. Pincus structured the Fibs to top out at line six, with eight syllables.

After those rules, it really gets more subjective:

• If there’s a natural break between the lines, in general it reads better. If a thought can finish at a line end, that’s great. Try using the eight-syllable line in counterpoint or as a thought of its own.

The Haiku : This verse consists of three unrhymed lines of five, seven, and five syllables. The tone of this poem is derived from its syllabic structure, imagery, and choice of words. It reflects the values of Japanese culture and the strong influence by Zen Buddhism. The haiku emphasizes a single moment, usually giving a very brief description of some event or object belonging to nature. Traditionally, they contain either a direct or indirect reference to a season that symbolically refers to questions about the meaning of time, immortality. See “Sixty-five (Conflicting) Rules of Haiku” by Jane Reichhold.

The Fibku, a combination of the Fib poem ( Fibonacci sequence) and the Haiku structure.

Note: The Fib and Fibku allows the teacher to combine math, science, literature, cultural studies, and haiga/photography. Since the Fib started on a social media platform it includes mass media literacy. 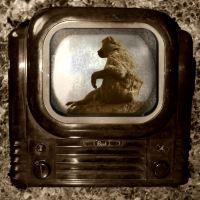 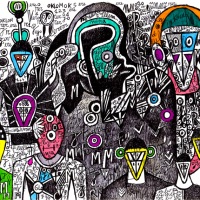